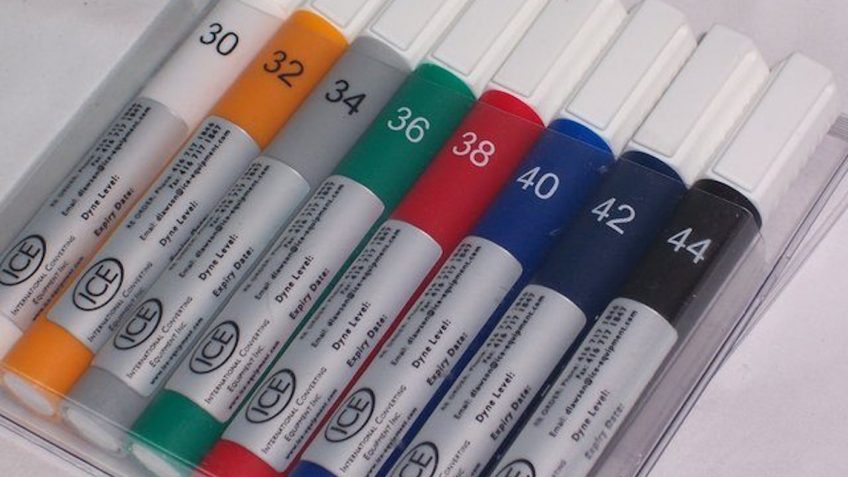 Use Of Dyne Pens For Metal Testing

Many companies have flourished because of the development of the dyne test kit. It is used as a testing instrument for measuring the metal surface contamination within big companies. Other than that, the professionals handle it for many purposes, including laser stripping and laser welding.

Metal parts need to have a proper process of monitoring cleanliness. It is mandatory both after and during the process of cleaning. The companies use this is precisely to ensure that the metal quality is at the ultimate level.

These metal parts are usually contaminated by several aspects such as nitrates, sulphates, and chloride. However, if the company fails to clean the metal surface properly, the organic coating may end up in a blistering condition. This is why monitoring is critical for companies in many ways concerning metals.

How does it work?

The valve tip of dyne pens often acts as an applicator against various metal surfaces. This ends up giving accurate results to the individual experts. In case if the surface energy is found to be lower, it shows that the metal is not completely clean.

The industries use dyne pen for packaging and specifically for testing the contamination of the subject. Additionally, it also determines whether the surface tension of the plastic is adequate for facilities such as coating, printing, and laminating.

How does it help in testing contamination of a metal?

Usually, when the individuals draw the dyne test pens over the surface of the metal, we would be able to see a constant film. Technically if the material is clean having adequate surface energy, it is determined to be of high-quality metal.

For the test to pass the mark should remain on the surface for a minimum of three seconds. If it doesn’t happen, we should consider that the metal has lower surface energy as compared to the liquid value. Measuring the energy tension in such a way helps to identify whether the particular metal is available in high quality or not.

Indeed, the process is simple when we use dyne pens instead of the traditional checking process. It is able to provide quick results within a limited period. The adequate result helps us in understanding the contamination level of a particular metal.

It is a reliable test method that does not need any skilled professional to use. An individual worker within a particular company without having any idea about the process can also use it for testing and evaluation process of the metal. The accuracy of results is also high in this case. It is also available online quickly at affordable costs.

The first thing an individual is supposed to do who is choosing a perfect dyne pen appropriate enough to be used against a metal object. We must make sure that it is lower as compared to the test sample.

The second step involves pressing the tip over the test sample firmly. It should be done until we feel that the tip is saturated with the metal fluid.

In the third step, one should draw three parallel passes measuring 100 mm each. However, the evaluation is to be done only on the third pass since the first two you are simply for flushing the tip.

If the pass remains on the metal for about three seconds, we can use a higher level of dyne pen and repeat the second and third steps, respectively. In case if it doesn’t remain longer than a second, we can repeat the second and third steps using a lower dyne pen level. If in any case, it is found to be between one and three seconds, we can ensure that the level of dyne pen used is nearly similar to that of the metal value.

For any metal company or industry, it is essential to use specific objects such as silicone sleeve and dyne pens for the growth of their business. Using an appropriate process of testing the material surface, the experts can determine whether the metal is free from any contamination or not.