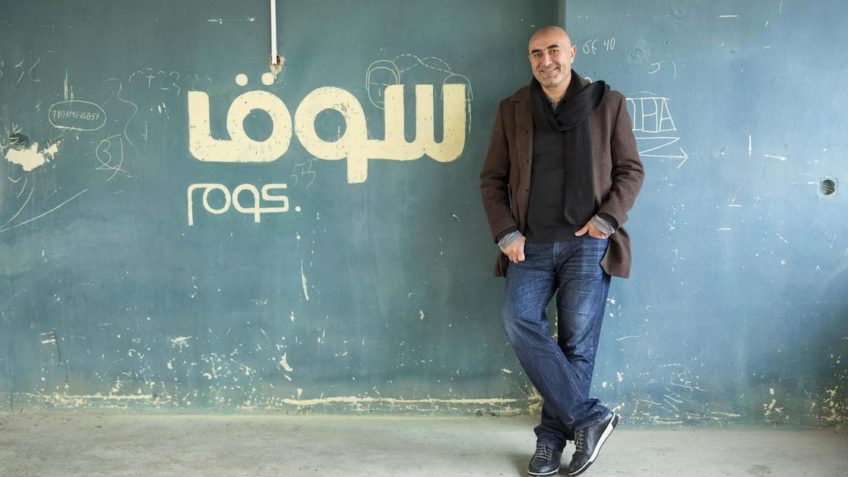 Amazon.com Inc. is weighing a bid for a stake in Dubai-based online retailer Souq.com FZ as the e-commerce giant seeks to expand in the Middle East, according to people with knowledge of the matter.

The stake, representing at least 30 percent of the company, is also drawing interest from private equity firms and regional, family-owned companies seeking to expand into web sales, the people said, asking not to be identified as the information is private. Souq.com’s advisers reached out to a large number of potential bidders for the holding, which may value the company at least $1.2 billion, the people said. No final decisions have been made, and the company has not agreed to a deal with any of the parties, the people said.
Souq.com appointed Goldman Sachs Group Inc. to find buyers for a stake sale, people familiar with the matter said in September. Existing investors Tiger Global Management and South Africa’s Naspers Ltd. are open to selling part of their holdings, and the sale may ultimately be for a stake larger than 30 percent, the people had said. A representative for Tiger Global declined to comment. A spokeswoman for Naspers said the company can’t acknowledge or deny its involvement in any deal.

The company secured $275 million from investors after Tiger Global and Naspers, among others, boosted their investments in February. Chief Executive Officer Ronaldo Mouchawar said in an interview at the time that the company would be open to selling shares to the public in the future.

Economic growth and a rising population in the Middle East is leading to increased investments in the consumer industry by companies and private equity firms. Careem FZ, a ride-sharing service that competes with Uber Technologies Inc. in the region, is seeking as much as $500 million in new funding, people familiar with the matter said in September.